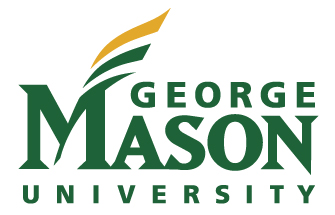 Allina Health in Minnesota is in the midst of a nursing strike that has cost the organization millions of dollars. The strike, which began on Labor Day, is the result of a dispute over the cost of health benefits for nurses and is the second this summer. Nurses from Allina Health also held a strike that lasted for a week in June.

President and CEO of Allina Health, Dr. Penny Wheeler, has spent the last several weeks defending her stance against the 4,000+ striking nurses. “This is the biggest thing I’ve faced since I went from being a full-time practicing physician into a health care leadership role,” said Wheeler.

Wheeler is trying to change the nurse’s current union health care plan, which has a low-deductible, to a higher deductible corporate plan that is less costly to Allina. The striking nurses once saw Wheeler as an ally and are disappointed in her actions since taking over as CEO in 2014. They now feel betrayed by her.

Mary Turner, president of the Minnesota Nurses Association, called Wheeler the devil incarnate. Vicky Robinson, a nurse who once worked with Wheeler in an OB unit is concerned about changing to a new health plan because of her medical needs. Robinson is taking several medications for diabetes and a kidney transplant. She is so disappointed in what she sees as a failure to represent the needs of the nursing workforce that she doesn’t know if she would acknowledge Wheeler if she saw her.

Another nurse, Robin Rush said that was conflicted over her feelings for Wheeler now. She said the nurses at Allina were thrilled when Wheeler first took the position of CEO because they felt that she understood them. “So, for me, this is very difficult,” she said.

Allina has provided a new contract which will add guarantees on healthcare costs through 2019 and includes a pay raise and $500 bonus which nurses will vote on.